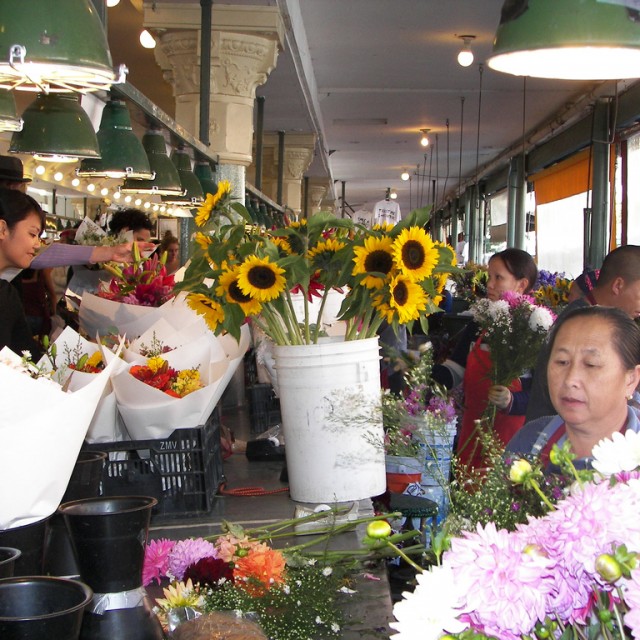 Previously we’ve discussed many of the world’s most popular producers of cut roses.  As providers of wholesale roses in Los Angeles, we offer premium, high-end roses grown on family-owned farms in Ecuador.  South America is well-known for its cut flower production and countries like Ecuador and Colombia are some of the largest providers of roses around the globe.

We’ve also discussed other regions like Kenya where the cut flower industry has helped struggling nations find a profitable export.  These countries are far from the only nations contributing to the cut rose industry, however.  China, a leading industrial giant, has also entered the cut rose business, but their industry has struggled to find international legitimacy.

China has only been producing cut flowers on an industrial scale since 1984, but since then their industry has grown at an incredible pace.  By 1996, the country was already exporting over a billion stems a year.  These mostly came from the Yunnan Province but other areas like Beijing, Shanghai, and Zhejiang have also been major contributors.

Roses are among the top flower crops in China and in 1995 accounted for 18% of all cut flowers produced in the country.  Common breeds include:

China has managed year-round production under protected conditions.  During the fall and spring, roses are produced in greenhouses while they are grown in open fields the rest of the year.  This has been made possible through technological advances from countries like the Netherlands who have supplied innovations in modern equipment, soilless culture, drip irrigation, and control-release fertilizer.

Everything has not been so rosy in China’s cut flower industry, however.  Production still only takes place in rural environments, even though the major consumption is taking place in cities.  This has caused limited communication between customers and growers.

Compared to other countries China actually has a fairly low yield per square meter – only around 50-80 stems.  Quality is also an issue and Chinese roses were long considered third grade in international markets.  This was partly due to the fact that many rose growers formerly grew vegetables and have attempted to apply the same techniques to ill effect.  Disease has also been an issue as has the practice of using recycled propagation materials to save money.  There is also a lack of treatment to increase vase life which leads to an unattractive rose by the time it makes it to its final destination.

Wholesale Roses from Ecuador to Los Angeles Through Flowerlink

At Flowerlink we don’t cut corners, and that’s why we have the best roses in the world.  We can prove it to you with a fresh cut sample of our finest varieties.  If you’re in need of the highest quality Los Angeles wholesale roses money can buy, contact Flowerlink today to find out more.

The Importance of Fair Trade to Flowerlink