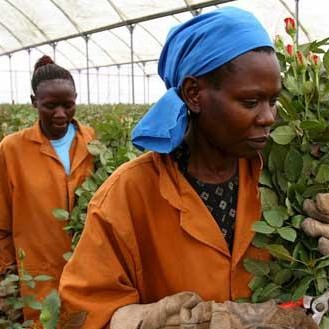 We’re right in the middle of some of the busiest seasons for LA florists and flower sellers.  Valentine’s Day may have come and gone, but Mother’s Day will be here soon.  As one of the top providers of Los Angeles wholesale roses, we know that it’s easy to get caught up in the holiday hustle and bustle.  You’re trying to make sure your clients have the perfect arrangements to give their loved ones or for their special events.  You might not be thinking about where those roses are coming from, but it’s even more important to pay attention this time of year because with higher demand comes a greater chance of the flower industry taking advantage of their workers.

The UK’s Daily Mirror recently took an in-depth look at where their country’s roses were coming from.  Even though their findings were upsetting, they unfortunately aren’t all that uncommon in the cut flower industry.  They focused on Kenya, which became a hotspot for rose production in the 1970s because of its warm climate and available fresh water.   The cut flower industry flourished in Kenya, but often profits were made at the expense of its workers.

The Daily Mirror found that on the Kenyan farm of one of Britain’s biggest suppliers of wholesale roses, workers were being paid barely £1 a day or about $1.68 US.  When you think that a dozen roses cost about £20 in the UK, that’s more than these workers make in two weeks.  These Kenyans were working 10 hours days with only one short break for lunch, six days a week, in scorching hot conditions.  The output that is expected of them, especially around this time of year, is staggering.  They’ll snip up to 8,000 roses per hour.

The families are living in single-room homes built specifically for flower industry workers with as many as five people crammed into one tiny apartment.  In addition, hundreds of families could be sharing one communal toilet.  To make matters worse, these workers are exposed to dangerous chemicals on a daily basis, suffering from rashes and breathing issues and without making enough money to seek proper medical attention.

Despite all this, some of these farms still carry FairTrade banners in many UK shops.   Kenyan lawmakers are taking steps to fix this crisis, and by the end of the year intend to nearly double the mandatory wage for cut flower workers.  It’s all a reminder to be conscious of where your roses come from.  You don’t want a rose’s beauty to be tarnished by a legacy of injustice.

Flowerlink knows the hardships that workers in the cut flower industry face on a daily basis.  It’s why we make sure we adhere to the strictest international social and environmental standards.  If you want to learn more about the origins of the roses provided by Flowerlink or how you can bring them to your shop or event, please contact us.

How Will Changes in Ecuador Affect You?